Advertisement
Tiger Airways has begun stimulating summer travel in Australia, with the release of sale airfares for flights until March 2010.

Tiger Airways has begun stimulating summer travel in Australia, with the release of sale airfares for flights until March 2010. 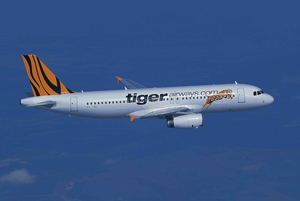 Flights to and from most Australian States and Territories are now on sale, following the release of summer schedules from the low-cost airline.

Tiger Airways Australia commercial director, Steve Burns, has urged both corporate and leisure travelers, especially groups, to get in quick and take advantage of the low airfares.

“Start planning now to take advantage of some very cheap fares,” he said. “We’re rolling out our special summer fares through to end of March 2010, state by state.

“We’ve already released the summer schedules for Queensland, Northern Territory and Tasmania and (now) we’re announcing fares for travel to and from three popular destinations – Adelaide, Sydney and Melbourne.

“All three of these cities offer something exciting and unique all year round, but summer is the perfect time to enjoy the best of what each destination has to offer,” he said.

Airfare prices range from $28 to $88 and are the airline’s ‘Tiger raw’ fares, which are inclusive of all taxes and charges.