Advertisement
Eighteen thousand people streamed through the doors of the Adelaide Convention Centre (ACC) to mark the official opening of the West Building. 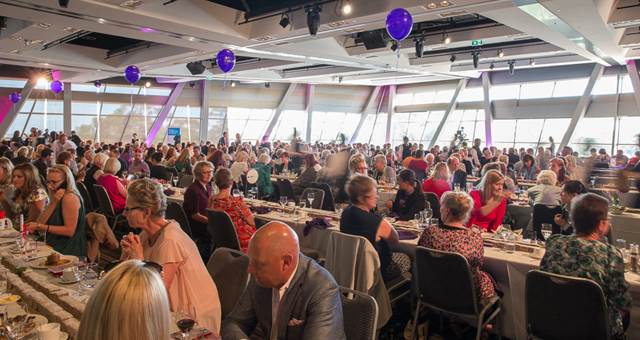 Eighteen thousand people streamed through the doors of the Adelaide Convention Centre (ACC) to mark the official opening of the West Building.

The program was designed to showcase the building’s versatility with events including public expos, business forums, concerts, art exhibitions, gala dinners and even a world record attempt.

The opening events and daily building tours proved popular particularly the free public events – Made in SA, a two-day interactive exhibition bringing together South Australian innovators across a spectrum of industries and SciWorld, an interactive exhibition for schools and families to explore the wonders of science.

On March 12, the ACC broke the Guinness World Record for the longest line of cakes with The Longest Lamington.

The centre’s kitchen team of 150 people spent over 600 hours to bake more than 21,000 lamingtons, with 60 staff then putting them into a giant line from measuring a world beating 1.073 kilometres winding through the new Western Building.

The gigantic Lamington was the table centrepiece for the Longest Lamington Lunch which helped seven local charities raise $19,000.

The Premier officially opened the new West Building at a reception on March 13.

ACC chief executive Alec Gilbert said,“The West Building opening provided a chance for us to showcase the best of South Australia and an opportunity for visitors to learn more about what we do and the contribution we make to the state’s economic, social and cultural fabric, said Mr Gilbert.

“The diverse range of events across the four days also gave conference and event organisers a chance to see the new West Building’s unique features and versatility in action.”

Work on the East Building, the second stage of the redevelopment, which replaces the existing Plenary Building (home of the original centre in 1987) is already underway.

The multi-purpose, state-of-the-art facility will have plenary capacity of up to 3,500 seats. This stage is scheduled for completion in mid-2017.