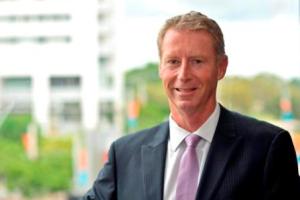 The MCEC has appointed Peter King as its new chief executive.

In his current role, Peter has each year overseen the largest single event in Australia, being the Royal Easter Show and has played a leading role in securing Government investment for the new $65 million, 25,000 seats Main Arena Stadium which, amongst other things will host the Greater Western Sydney –AFL team.

“The Trust had been lucky to attract an executive of Peter King’s experience and quality to the crucial Chief Executive role at the MCEC.,” said Annells. “He brings great insight and a tremendous track record of achievement in venue management and international marketing amongst many other attributes.

“With his valuable range of skills, Peter will be instrumental in providing higher level strategic planning and management input as the MCEC business grows over the coming years in an increasingly competitive international and national business events environment.

“I’d like to congratulate Peter on his appointment and look forward to working with him and MCEC’s senior management team on further developing our multi award-winning venue.”

Peter was selected after an extensive public recruitment and executive search process throughout Australia and internationally that had produced an outstanding list of candidates from which to choose. The quality of the field is testament to the very high regard that the Centre is held in throughout the world” he said.