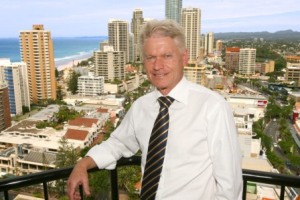 “The business events sector continues to show strong growth throughout Asia Pacific, generating an estimated $504 million for the Gold Coast alone,” said Winter, “I believe ICCA can build on this success even though the current global climate is increasingly challenging.”

Winter’s international business tourism credentials are a significant asset for Gold Coast Tourism, which has recently established the Gold Coast Convention Bureau as a vehicle to increase the city’s sales and marketing capacity in this lucrative tourism sector.

ICCA Asia Pacific is headquartered in Kuala Lumpur and is the peak meetings, incentives, conferences and conventions industry body for the Asia Pacific region.