Advertisement
Federal Minister for Tourism Rick Martin Ferguson announced today (May 14) that former Qantas CEO Geoff Dixon has been appointed to the board of Tourism Australia.

Federal Minister for Tourism Martin Ferguson announced today (May 14) that former Qantas CEO Geoff Dixon has been appointed to the board of Tourism Australia.

Joining Dixon on TA’s new board will be Chairwoman of Tourism Western Australia, Kate Lamont, and The Art Gallery of NSW vice-president Sandra McPhee, who also serves on the board of Australia Post, AGL Energy, St Vincent’s and Mater Health. 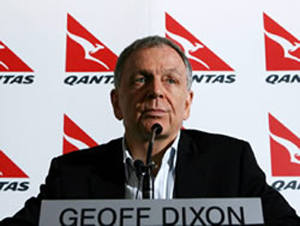 The man of the moment: former Qantas CEO Geoff Dixon

Tourism Australia chairman Rick Allert said the appointments would bring important new perspectives and considerable board experience to the organisation.

“Mr Dixon’s corporate background with Qantas Airways is well known but he also has considerable experience at board level in the media, general business and philanthropic sectors with Consolidated Media Holdings, Crown, the Business Council of Australia, Mission Australia and the Starlight Foundation,” he said.

“Ms Lamont, who is currently Chair of Tourism Western Australia and a Director of the Committee for Perth, is a past winner of the WA Business Woman of the Year and one of the country’s most admired chefs and restaurateurs. [While] Ms McPhee has previously held non-executive director roles at The Coles Group, CARE Australia, Perpetual Ltd and South Australia Water.

“I am confident [they] will make an important and strong contribution to the role of the Board in leading and supporting the vital work of Tourism Australia,” he said.