Advertisement
One of New Zealand's top tourism executives has been appointed as the new head of Christchurch & Canterbury Tourism.

One of New Zealand’s top tourism executives has been appointed as the new head of Christchurch & Canterbury Tourism.

Tim Hunter, who is currently general manager of operations for Tourism New Zealand and chair of Qualmark, will take on the role as Christchurch & Canterbury Tourism chief executive on December 6, 2010. Hunter replaces Christine Prince, who resigned from the position at the end of August. 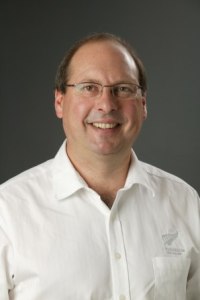 Announcing Hunter’s appointment, Christchurch & Canterbury Tourism Board chairman Paul Bingham said the organisation was delighted to have someone as experienced and well-respected as Hunter at its helm.

“Tim has worked in tourism for more than 20 years and knows the industry inside out. For the past 12 years he has managed Tourism New Zealand’s networks offshore and the New Zealand-based operations team so he is well-placed to lead Canterbury’s tourism industry forward and to cement our reputation as the heart of the South Island and a must-see destination.

“He already has excellent working relationships with many of our key partners so he will be able to hit the ground running. In Tim the board has found a leader with the business acumen, strong operational and interpersonal skills needed to take Canterbury’s tourism industry to the next stage of its development,”  Bingham said.

“This is a fantastic city and region and I’m delighted to be taking on the job of promoting it to the rest of the world,” said Hunter. “As a tourism destination Christchurch & Canterbury has it all and I can’t wait to get started in the job so I can build on its already strong profile and help grow tourism in the region,” he said.

“I’m looking forward to working alongside Canterbury’s tourism operators and to hearing their views on how we attract more visitors to our shores.’’