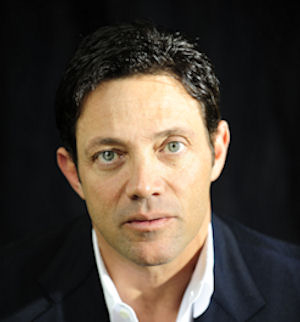 The Fordham Company is exclusively representing Belfort and managing director Nick Fordham told SpiceNews the author of ‘The Wolf of Wall Street’ is available for a number of high-level private events during his three-week Australian trip.

Belfort is also holding two key public seminars – in Melbourne on September 9 and at the City Recital Hall, Angel Place, in Sydney on September 10.

In the 1990s, Belfort built one of the most successful sales organisations in Wall Street history and to this day, his proprietary sales-training techniques and daily motivational speeches are considered to be the ‘stuff of legend’.

Over the last 20 years, Belfort has had a range of highs and lows – from earning over $50million a year as the notorious ‘Wolf of Wall Street’ right down to succumbing to a massive drug addiction and doing 22 months in an American federal prison.

Belfort’s list of fans includes some of the world’s leading actors and notable celebrities, including Leonardo DiCaprio.

“To be clear, Jordan is more than a cautionary tale,” DiCaprio says. “For all that he may have done wrong he still stands as an example of the transformative qualities of ambition and hard work.

“In that regard, he is a motivator without peer. I’ve known Jordan for two years and I’ve been in his company many times, but there is nothing quite like his public speaking,” he says.

To book Belfort, contact The Fordham Company on 02 9332 9111 and to book his seminars, visit www.jordanbelfort.com.au