Advertisement
Canberra's National Gallery is set to host what's said to be one of the most exceptional art events ever to be held in Australia.

Canberra’s National Gallery is set to host what’s said to be one of the most exceptional art events ever to be held in Australia.

The ‘Masterpieces from Paris: Van Gogh, Gauguin, Cezanne and beyond’ to take place from December 4 until April 5, 2010, will be presented at the National gallery only in association with the Musée d’Orsay in Paris. 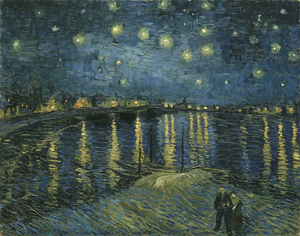 Among the 114 paintings included in the exhibition are some of the best-known works of modern art. These works draw millions of tourists in Paris to the Musée d’Orsay each year.

“This truly is a once-in-a-lifetime opportunity for art lovers and novices, students and families to see these renowned works that many have grown up with in art history books. Canberra will be the world premiere for this exhibition, which will then travel to Tokyo and San Francisco,” said Arts Minister, Peter Garrett.

“These works almost never leave the Musée d’Orsay even singly and never before in these numbers,” said National Gallery of Australia’s director, Ron Radford.

More information on the Masterpieces from Paris exhibition and current exhibitions can be found by clicking here.