Advertisement
Vivid is seeking expressions of interest across its three pillars: light, music and ideas. 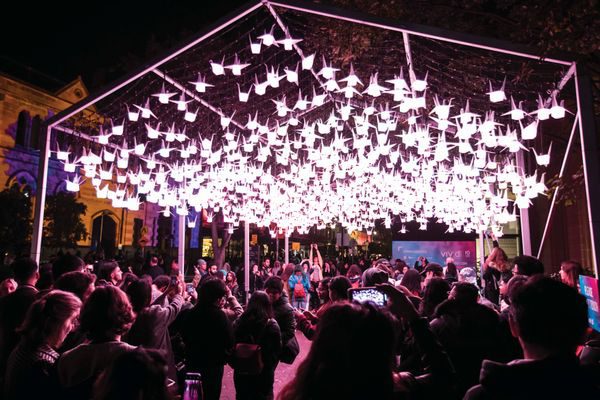 Vivid Sydney is inviting individuals and organisations across the global creative community to share their ideas for the 2019 festival.

Expressions of interest (EOI) are now open across the pillars of Vivid Light and Vivid Music, with Vivid Ideas to open soon.

NSW Minister for Tourism and Major Events Adam Marshall says Vivid Sydney attracted 2.25 million attendees from Australia and across the globe this year.

“The festival is a grand platform for out-of-the-box thinkers, artists, musicians, creative professionals, educators and businesses to showcase their talents to local and international audiences and I encourage everyone to submit their expression of interest and be part of this exceptional event,” he says.

Vivid Music features an program of music and performance at venues across Sydney. Submissions are being sought from across the industry including music venues, producers, promoters, industry associations and innovators interested in being part of Vivid Music.

Events that generate national conversation, bring professional practitioners to Sydney for training and development and that build networks throughout the Asia Pacific region are sought for Vivid Ideas.