Starting started back in Perth in 2000, when they were approached to assist in building the event profile and attendance DG has now produced all of Perth’s Balls and seen them grow from an initial $40,000 fund raising for the charity and 400 people in attendance to now enjoying sell out crowds and raising more than $900,000. 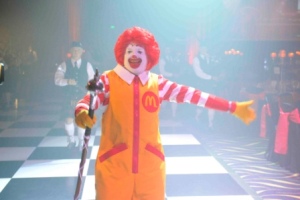 “At the time we weren’t involved in a pro bono capacity with any other charity and we wanted to ensure that our skills and enthusiasm were not only about generating income but helping others,” said DG Global’s director, David Green.

The Ronald McDonald House Charities (RMHC) Ball is now Perth’s number one charity Ball with the hottest tickets in town snapped up 6 months prior to the night itself.

The Ball has been voted a world beater, winning the fundraiser of the year title at the Ronald McDonald House Asia –Pacific Conference.

“We are delighted to have the continued support of DG Global in helping to organise our Charity Ball’s in both Western Australia and Victoria. Although we are now celebrating 30 years it is only with the help of organisations like DG Global that we are able to continue to grow,” said Ronald McDonald House Charities Australia CEO, Malcolm Coutts. 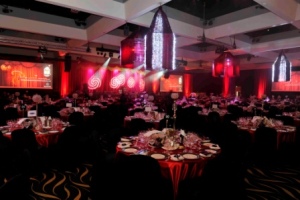 The event has grown in size from 400 people in attendance to now enjoying sell out crowds and raising more than $900,000.

RMHC is an independent, non-profit organisation that has so far helped more than 75,000 families, and 1 in 8 Australian’s have been helped or know someone who has used one of their programs.

Each year DG donates their creative services and fees for the Ball’s production; around $50,000 value plus, along with their enormous networks to create an event and attract talent that will wow guests.

“I like the fact that 100% of the profits of the night go directly to the ‘Ronald McDonald House Charities’. I have a young healthy daughter and it rips my heart apart seeing what some families go through with seriously ill kids,” said Green.

Across the 11 years DG has helped RMHC raise around $8 million dollars to help seriously ill children and their families when they need it most.

“Because we are here to make a profit for the RMHC we basically beg, borrow and try not to steal to keep costs down. Recent years we have attracted and featured Human Nature, Guy Sebastian and Jimmy Barnes. This year Vanessa Amorosi is one of our headline acts.

The Perth Ball which is already sold out will feature Vanessa Amorosi as headline act and Richard Wilkins onstage at the Grand Ballroom of Burswood Resort on November 5. 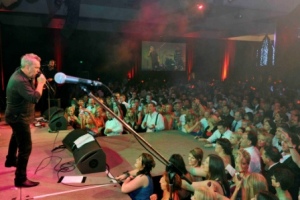 “We focus on creating and designing an inviting space that draws people in so they become totally engaged and sometimes overwhelmed with the environment. Each year it must be different; exceptional and a surprise. If people feel a sense of occasion it adds to the result of monies raised, then add inspiring opening acts and world class headline performances that resonate with guests and people give,” Green added.

“We also ensure auction items are a little different and develop with our contributors ‘money can’t buy’ experiences as opposed to the old days of framed photos signed by sports stars. That just doesn’t work anymore when chasing big money. Also, putting theatrics into the live auction makes a difference with the addition of video & graphic support that helps sell the message.”