Advertisement
Far East Hospitality has unveiled the new-look Rendezvous Hotel Singapore, one that's set to be a benchmark for the group in Asia and Australia.

By JAMES WILKINSON IN SINGAPORE

Far East Hospitality has unveiled the new-look Rendezvous Hotel Singapore, one that’s set to be a benchmark for the group in Asia and Australia.

The property, formerly known as Rendezvous Grand Hotel Singapore, was taken over by Far East in mid-2013 as part of the company’s joint venture with Straits Trading and subsequently given a new look and name. 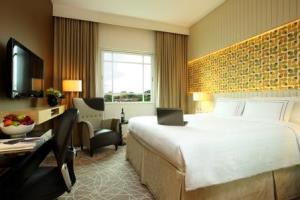 A Club Room at Rendezvous Singapore

Speaking exclusively to SPICENEWS on video prior to the Rendezvous Hotel Singapore’s reopening last Friday (Jan 17), Far East CEO Arthur Kiong said the new-look property was a sign of things to come.

He said there would be one name for Rendezvous Hotels going forward, with the ‘Grand’ and ‘Studio’ sub-brands set to disappear in the coming months and those that did not fit the brand could be flagged under one of Toga’s brands.

Soon after the JV was announced with Straits, Far East also signed a Joint Venture with Toga Hotels that sees Toga running Rendezvous hotels in Australia and New Zealand.

The new-look Singapore property has an art-inspired theme across the hotel, from guest rooms to the executive lounge and lobby and Kiong said that was the direction the company wanted to take given the Rendezvous’ location. 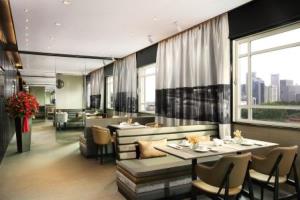 “The location made it an easy and natural decision to create a sensory experience that is in line with Singapore’s promotion of the arts and cultural precinct in the Civic District.

“Guests who are looking to experience creative stimulus will be thrilled to find that our hotel is dedicated to evoking the sense and sensibility of their inner artist,” Kiong said.

Stay tuned to SPICENEWS for more exclusive video interviews with Kiong in the coming week.