Advertisement
Singapore has retained its position as the leading meeting city and country in the world, according to the Union of International Associations 2012 Global Rankings.

Singapore has retained its position as the leading meeting city and country in the world, according to the Union of International Associations (UIA) 2012 Global Rankings.

Singapore’s international appeal, strategic location and access to key Asian markets provide a strong impetus for organisers to move or locate their events in Singapore. 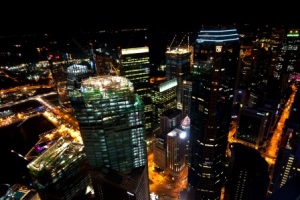 The UIA ranking is the latest in a list of accolades that include being named Asia’s Top Convention City for the 11th consecutive year, by the International Congress and Convention Association (ICCA). Having hosted a record of 150 ICCA1 events in 2012, Singapore emerged as the only Asian city in the Top Ten Convention Cities in the world alongside other cities including Vienna, Paris, Berlin, Madrid, Barcelona and London.

“We are elated to retain our position as the leading meeting city and country in the world,” said Kenneth Lim, regional director Oceania of the Singapore Tourism Board. “Building on Singapore’s strength as an international meetings destination, we also want to encourage Australian business visitors to take the opportunity to explore the many leisure experiences Singapore has to offer. Mouth-watering dining options, world-class retail offerings, non-stop entertainment and unique experiences can all be enjoyed once the official business side is done.”

In addition to the 18 World Congresses held in Singapore in 2012, some events were held for the first time in Asia such as the 4th International Congress of Zookeepers 2012, the International Conference on Next Generation Technologies for Bioenergy and Biomass Utilisation 2012, and more.

In 2012, 952 of the meetings hosted in Singapore, almost ten per cent of UIA’s database, met the stipulated qualifying criteria. This includes meetings that are organised or sponsored by international organisations or of significant international character.