Advertisement
INDABA has once again raised the bar for South African Tourism, with the 2011 event hailed a success in Durban.

INDABA has once again raised the bar for South African Tourism, with the 2011 event hailed a success in Durban. 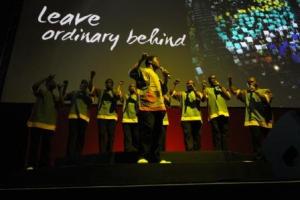 The mood at Africa’s largest travel and tourism show was incredibly positive, particularly on the back of a strong 2010, thanks primarily to the FIFA World Cup, held across South Africa.

Speaking at INDABA, South Africa Tourism Minister Marthinus van Schalkwyk said the magic ingredient that differentiates tourism from every other economic sector is people, and that was one key to the success of his nation’s tourism boom.

“When we talk about tourism, we often talk about policies, statistics and objectives. Tourism is much more than that. Tourism is about people. The magic ingredient that differentiates tourism from every other economic sector is people,” he said.

“As we gather here tonight to open South Africa’s premier tourism marketing event, tourism is poised to play a greater role than ever before on the global stage and in the lives of South Africans.

“I stand before you after a phenomenal year for tourism in South Africa, to which every one of you made a significant contribution.

“International tourism arrivals to South Africa grew by 15.1% in 2010, with the undoubted tourism highlight being our country’s successful hosting of the World Cup.

“We are ready to turn this new potential into long term, sustainable growth,” he said.

Minister van Schalkwyk said the recently-announced National Tourism Sector Strategy targets, which aims to increase the number of foreign tourist arrivals to 15 million by 2020, was only possible through a collaborative effort by all tourism stakeholders.

“The ball is in our court to take our existing achievements to new heights,” he said. “We have to take hands to leverage the strength and depth of our industry. We will not be able to achieve our vision for the next decade if we do not embark on this journey together.”

One major key to South Africa boosting visitor numbers in 2011 and beyond is the marketing from the country’s national tourist board, which used INDABA to launch its latest campaign, ‘20 Experiences in 10 Days’.

The campaign will showcase the country to one billion people globally and is targeted at the core inbound and emerging markets, including China, Brazil, Angola and Germany.

A separate campaign by SA Tourism is the National Geographic Adventurers Wanted campaign, which is aimed at the seven key markets of Australia, France, Germany, Italy, Netherlands and the UK.

“We believe that the best way to describe our country is that nothing about South Africa and her people is ordinary and that it is through our people that the destination experience is enhanced for visitors,” said South African Tourism CEO, Thandiwe January-McLean.

“The global economic crisis and the way it has fundamentally changed the world’s economic and consumer landscape has necessitated a fresh look at how we continue to attract arrivals in the face of fierce competition from other destinations.

“Our key marketing strategy will continue to entrench our work in our core tourism markets, while also paying particular attention to emerging markets which have shown considerable potential, in the Americas, Asia and Africa in particular.

“We have got to access the new spending power in emerging destinations and provide the experiences that these consumers are seeking,” she said. 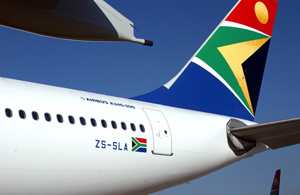 South African Airways flies daily to Durban via Johannesburg from Perth and Sydney (on code-share with Qantas). The author recommends flying in Business Class, particularly on SAA’s Airbus A340-600 flights from Perth, which features exceptional service, food, drinks and entertainment across all cabins. For bookings, visit www.flysaa.com