Advertisement
Christchurch's Cathedral Square has re-opened, marking a significant step forward in the recovery of the city following the devastating 2011 earthquake.

Christchurch’s Cathedral Square has re-opened, marking a significant step forward in the recovery of the city following the devastating 2011 earthquake.

The reopening event included Christchurch Mayor Bob Parker announcing the opening, followed by an afternoon of local music and performances.
“We can now start thinking inside the square,” said Parker, “and restoring it as a focal point of activity. It is important we set the right tone in creating a welcoming area that represents the history of the Square and that is sympathetic to the scale of the disaster and the rebuild job ahead.” 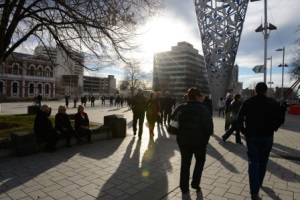 The revival and re-opening of Cathedral Square as a safe place to visit once again is a major milestone in the process of re-building the city and inviting tourists and visitors to come back.

Christchurch and Canterbury Tourism chief executive Tim Hunter said, “As the heart of Christchurch and the iconic image of our city, we are delighted that Cathedral Square will once again be buzzing with life and activity. This is a major step forward for the city’s recovery and should give people further confidence to come back and visit.”

In addition to Cathedral Square, the first fully restored building at Christchurch’s Arts Centre – the Registry – has now also re-opened to the public. The Arts Centre of Christchurch is an iconic collection of 23 heritage buildings constructed in the Gothic Revival style. 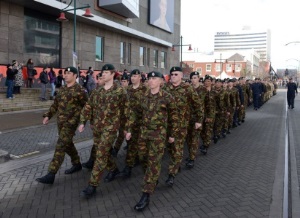 The re-opening of Cathedral Square and the Registry follows the removal of the Red Zone cordon, another major milestone in the city’s recovery. 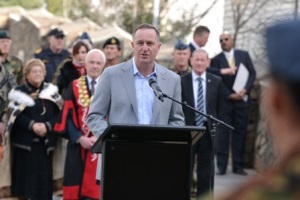 New Zealand’s Prime Minister John Key thanked the New Zealand Defence Force in person for their duty to the city for 857 days following the quake.

With the official cordon now gone, large parts of the city which were for so long only able to be viewed at a distance, are now open to the public.