Advertisement
Macau's popularity as a conference and incentive destination is set to soar, following the announcement by Viva Macau Airlines of new direct flights from Melbourne.

Macau’s popularity as a conference and incentive destination is set to soar, following the announcement by Viva Macau Airlines of new direct flights from Melbourne. 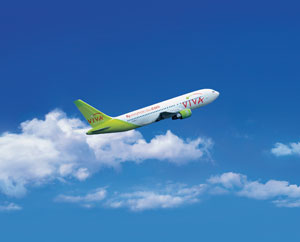 Viva Macau is set to fly to and from Melbourne

The highly anticipated second Australian destination for the Chinese SAR’s low-cost airline will be flown twice-weekly by Viva Macau from December 9 and will complement the existing Sydney services.

“After an intensive search across the globe, Viva Macau is adding Melbourne, Australia, to our growing network,” he said.

“Melbourne won out against numerous other points under consideration. We were impressed by Melbourne’s attractiveness as a tourist destination and market with great potential, and by the coordinated and proactive approach of the Melbourne airport and government.

“We are very excited about the addition of Macau-Melbourne as a great new route for Viva Macau,” he said.

“The introduction of Viva Macau direct services and our value-for-money fares between Macau and Melbourne will provide a great link for tourism and trade between these two exciting cities and further link our hinterland of China and expanding network with Melbourne,” Macdonald said.