Advertisement
Qantas has upgraded the in-flight standard for business and leisure travellers flying across the Nullarbor, with the introduction of an internationally configured B747 operating on flights between Sydney and Perth and also increasing the number of interna 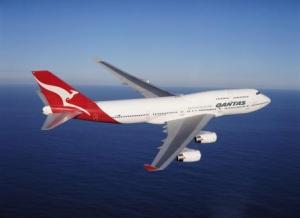 In July, the Brisbane to Perth market will also benefit from the upgrade of a daily service from a B767 to an A330 aircraft.

Four new services were also added from mid-April on the Melbourne to Perth market at key business timings, with three of these services being operated by international A330 aircraft.

According to the airline, these moves are in response to the growing demand from both business and leisure travellers flying on Australia’s longest direct domestic sectors, and customer feedback indicating their preference for wide-bodied aircraft.

Over 90% of Qantas services between the Australian east coast and Perth will now be operated with wide-bodied aircraft and Qantas continues to provide a high number of frequencies between every east coast to Perth market.

With these latest upgrades, more passengers will now able to enjoy the benefits of an international product including the Qantas Skybed in Business, and personal on-demand entertainment options in every seat across both Business and Economy, offering a vast range of entertainment options on selected flights.

Qantas Chief Executive, Alan Joyce said the changes are about delivering business and leisure travellers what they want.

“Qantas is committed to ensuring it is the best for business and we are very pleased to be delivering on our customers desires for an even more comfortable journey between the east and west coasts,” he said.

“Qantas will be the only airline to provide a lie-flat sleeping option by deploying the Skybed product on selected east-west services, which is especially important for business travellers who need to hit the ground running when they arrive at their destination.

“With in-flight service offering Neil Perry influenced menus, our expansive network of lounges, the launch of the enhanced ground and in-flight domestic experience in late 2010, faster, smarter check-in, the comprehensive and expanding Frequent Flyer program, and vast domestic and international connecting network, we are focussed on ensuring Qantas remains firmly at the forefront in terms of product and service,” he said.