Advertisement
Qantas has announced major changes to its New Zealand, China and India operations, resulting in the loss of flights on several key routes.

Qantas has announced major changes to its New Zealand, China and India operations, resulting in the loss of flights on several key routes. 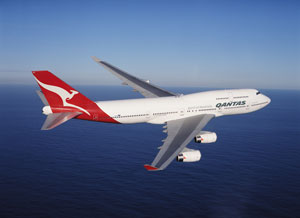 The carrier plans to cancel its Sydney-Beijing and Melbourne-Shanghai services and withdraw from all domestic New Zealand sectors. In its place, Jetstar will commence flights between Auckland, Christchurch, Wellington and Queenstown.

“Airlines around the world are confronting significantly changed operating conditions and have to ensure capacity is best matched to demand,” said Qantas CEO, Alan Joyce. “The Qantas Group is performing well in this difficult environment, but we are not immune from the need to address under-performing routes.”

“The dynamics of the New Zealand domestic and trans-Tasman markets, however, are unique and particularly in the current environment, we need to be flexible to ensure we remain competitive,” Joyce said.

“This means applying our two brand strategy and utilising the right airline, with the right cost base and product, for the right market, to offer competitive, sustainable services.”

Flights to India have also been altered, with the thrice-weekly Sydney non-stop flights now being operated via Singapore.
Connections to the Mumbai flight will be available from Sydney, Melbourne, Brisbane, Perth and Adelaide (Qantas) and Cairns and Darwin (Jetstar).