Advertisement
Jetstar has announced new daily direct flights from Hobart to the Gold Coast in a major boost to the MICE market for the region.

Jetstar has announced new daily direct flights from Hobart to the Gold Coast in a major boost to the MICE market for the region. 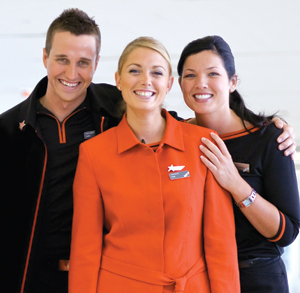 Commencing on December 22, 2010, the new flights will be operated by Airbus A320 aircraft and represent an additional 126,000 annual domestic seats in both markets.

“Jetstar is committed to making low fare travel in Tasmania even more accessible and affordable through this important addition of a daily Gold Coast to Hobart air link,” he said.

“We understand our low fares are just part of the story, and (those) travelling between the two cities will enjoy direct flights, minus the stopover,” Koczkar said.

The new route is also a win for the Tasmanian tourism industry, according to Tasmania Tourism Minister, Michelle O’Byrne.

“Jetstar’s decision to introduce a new daily direct Gold Coast service is great news for Tasmania and for tourism,” she said. “It is pleasing to see a major carrier having the confidence in our tourism future to introduce this new direct service into our state.

“Our tourism and hospitality industry, retailers and many other businesses will benefit from the additional visitors these Gold Coast flights will deliver,” O’Byrne said.