Advertisement
Gold Coast Tourism has launched a comprehensive marketing campaign to tackle a decline in the number of Queenslanders visiting the strip.

Gold Coast Tourism has launched a comprehensive marketing campaign to tackle a decline in the number of Queenslanders visiting the strip.

The YourCoast campaign will target Queensland residents, with advertising across TV, radio, print, online, outdoor and direct mail media as well as promotions with airline partners.

The campaign follows the release of data by Tourism Resarch Australia that shows visitors to the coast  and visitor nights declined by around 10 per cent in 2008, while visitor spend declined 1 per cent in the period. 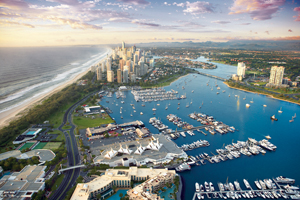 Gold Coast Tourism CEO Martin Winter said the data did not come as a surprise.

“The businesses of the Gold Coast tourism industry aren’t surprised by today’s data, which indicates less Australian’s travelled domestically in 2008. We have been discussing a slip in domestic tourism numbers for some time,” he said.

“However that doesn’t mean we accept any decline and the Gold Coast tourism industry has fought back with increased marketing activity focused on our biggest source markets and high conversion segments.