Advertisement
The $50 million Rydges hotel will feature a rooftop bar and viewing deck. 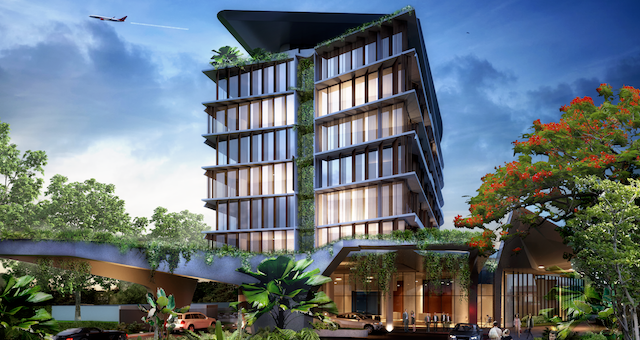 The Gold Coast has welcomed the Federal Government’s approval to develop a new $50 million Rydges hotel in the city’s airport terminal precinct.

The hotel will also feature a rooftop bar and viewing deck, resort-style swimming pool and conference and meeting facilities.

Michael McCormack, Deputy Prime Minister and Minister for Infrastructure, Transport and Regional Development, says the development will increase business in and around the Gold Coast Airport precinct.

“Our approval of the Queensland Airports Limited plans shows the Government’s commitment to supporting developments which will strengthen our economy and generate investment and jobs both during construction and into the future,” he says.

“The hotel and its integrated conference facilities will provide major improvements in terms of convenience and amenity for visitors and locals, particularly those who need to catch early morning flights,” he says.

“This exciting project is part of a broader property strategy for the Gold Coast Airport site, and associated landholdings, focused on further stimulating commercial activity within the precinct and accommodating the growth we expect will result over the next few years.”