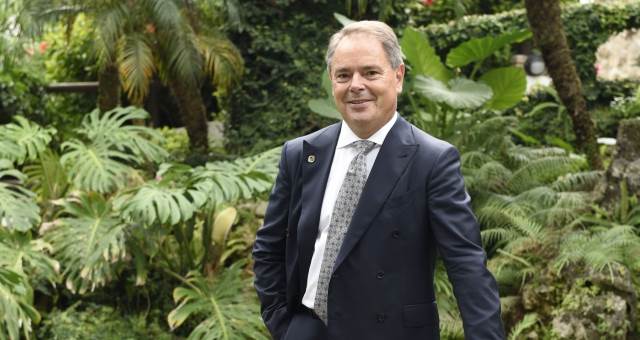 Speaking exclusively on camera to Spice’s sister magazine HM in London last week (Nov 4), Boyen said a number of changes had to be implemented to ensure the company stayed relevant.

“Small has never been bigger than before,” he said.

He said SLH has the opportunity to grow in the market across a number areas, including branding, adding value to members, concentrating on higher ADR business, enhancing loyalty – and he revealed a new program will be launched in 2016 – boosting corporate business and being strict on quality standards, whereby if a property didn’t pass an inspection twice, it could be out of the group.

“We cannot afford to not have consistency across the board because the consumer and the travel trade is expecting and demanding that,” he told HM.

“I have a great opportunity with this company… it’s a great brand, however we need to make it more loved and desirable,” he said.

He said the company needs to make the partnerships between the 520 member hotels and SLH more valuable and the company was looking at a number of ways to do that.

Boyen who was appointed as Managing Director of Hill, Goodridge and Associates, SLH’s management company, in July of this year recently assumed leadership for the management of the SLH brand, which is celebrating its 25th anniversary this year.

He originates from Belgium and has a long history within the luxury hotel sector, most recently as Chief Operating Officer and Senior Vice President at Belmond, a position he held for over six years.

To view the exclusive interview, click on the image at the top of the page. Spice flew to London with British Airways. BA flies to London daily and the author recommends flying in Club World (Business Class), which features flat-bed seats, hundreds of hours’ entertainment on demand, a great selection of wine and some of the best meals in the sky. For bookings, visit www.ba.com