The opening marks a major milestone for the arts in Australia, thanks to funding from all levels of government and the generosity of private benefactors, according to peak industry body, Tourism & Transport Forum (TTF). TTF Chief Executive John Lee said the project is a great addition to Sydney’s tourism offering.

“The expanded Museum of Contemporary Art (MCA) now boasts 50 per cent more floor space and the new National Centre for Creative Learning, which will provide tremendous education opportunities,” Lee said. “The MCA is already a drawcard for tourists from across Australia and around the world and the redeveloped facility will further enhance its reputation. 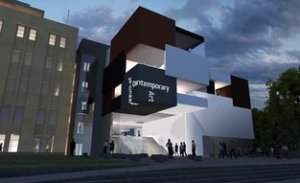 “It is a superb example of the kind of investment in refreshed tourism product that Australia needs to improve our competitiveness.

“It will also provide additional employment opportunities in the creative industries and drive additional tourism visitation to Sydney.”

“The $53 million MCA expansion is the result of a partnership between federal, state and local government and private donors, including $15 million from the Mordant family,”  Lee said.

“This is an issue that should be considered as part of the upcoming national cultural policy to foster a culture of philanthropy in the arts in Australia.”