Advertisement
As the clock struck midnight on 31 December 2014, a new year began and a new era started for Pullman Melbourne on the Park as the hotel rebranded away from Hilton. 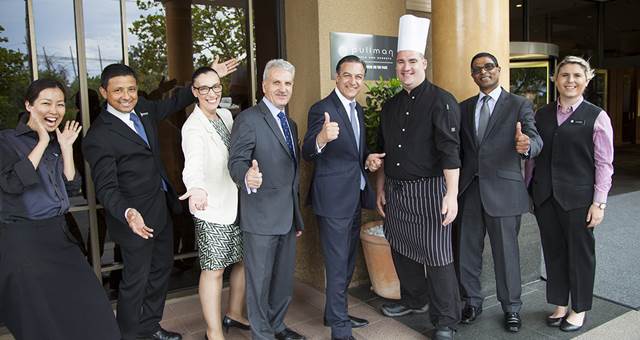 As the clock struck midnight on 31 December 2014, a new year began and a new era started for Pullman Melbourne on the Park as the hotel rebranded away from Hilton.

In addition to a new identity, the hotel, formerly Hilton the Park Melbourne, welcomed experienced hotelier Erkin Aytekin to the role of General Manager following his most recent tenure at Sofitel Sydney Wentworth.

“The hotel has been a fixture of Melbourne’s hospitality tourism scene for years and the combination of its prime location, new Pullman branding and a planned lobby, restaurant and bar refurbishment program will see it attract even greater volumes of business, leisure and conference business with the Pullman brand having a strong focus on conferences and events,” he said.

“Sister hotel Pullman Melbourne Albert Park has already established an enviable reputation for the brand in Melbourne, and we believe the launch of a second Pullman in the city will have a similarly strong impact.

“The new Pullman Melbourne on the Park will benefit from the strong presence of Pullman in many of Melbourne’s major feeder destinations, such as Auckland, Beijing, Shanghai, Jakarta, Kuala Lumpur, Bangkok, Delhi, Paris and London,” McGrath said.

A highly experienced hotelier, Aytekin has worked with Accor since 1997 and held several leadership positions within the company, including his previous role as General Manager at Sofitel Sydney Wentworth and prior to that, General Manager at Novotel Melbourne St Kilda.

Aytekin’s experience also includes senior roles in both hotel operations and sales and marketing, having worked in Sydney, Melbourne, Perth and Auckland.

“My role in Sydney has been wonderful, and I am now excited to be returning to Melbourne to join Australia’s largest and rapidly expanding 5-star Pullman brand,” he said. “ This iconic hotel has long held a fond place in the hearts of Melbournians.

“Over the past 40 years, Pullman Melbourne on the Park has enjoyed a colourful history hosting major events and personalities. I look forward to leading the property into a fresh new direction and an exciting new era under the contemporary Pullman banner whilst respecting its rich heritage,” he said.

In 2015 Pullman Melbourne on the Park will plan a refurbishment of its lobby, restaurant and bar areas to bring it in line with global Pullman standards.

There has been considerable investment into the Pullman network in both Australia and internationally over the past two years, and the expansion of the brand in Australia comes at a time when Pullman is launching signature hotels in other major centres around the world.

Pullman Melbourne on the Park is the 13th hotel to join the Accor’s growing Pullman network, contributing to a global target of 150 Pullman hotels by the end of 2015.