Advertisement
Endorsed by Reconciliation Australia, the plan aims to recognise and celebrate the cultures, practices and traditions of Australia’s First Nations. 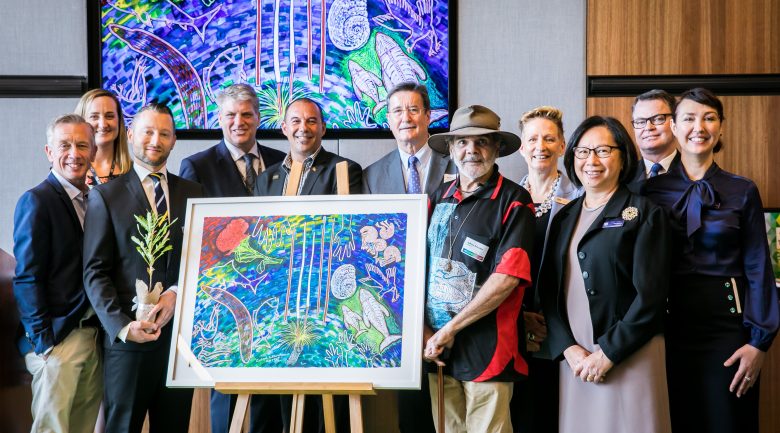 The RAP has been endorsed by Reconciliation Australia and the Metropolitan Local Aboriginal Land Council.

ICC Sydney will activate a series of initiatives to build greater engagement with, and acknowledgement of, Australia’s First Nations, including the Gadigal people of the Eora Nation – the custodians of the land on which ICC Sydney is located.

To commemorate the launch, ICC Sydney hosted an event on Monday (5 November 2018), which was attended by a number of community leaders and special guests.

“For Aboriginal and Torres Strait Islander people, Australia’s colonial history is characterised by devastating land dispossession, violence and overt and unapologetic racism,” she said.

“Over the last half century, however, Australia has made great progress towards national recognition and our journey reminds us that reconciliation is a work in progress.”

Reconciliation Australia launched the RAP program in 2006 to help workplaces contribute to the national reconciliation movement with actions, strategies and measurable targets.

Since then, more than 1050 workplaces, including businesses, government agencies and community organisations, have launched a Reconciliation Australia-endorsed RAP.

“I’m very pleased to see the ICC RAP includes strong commitments to acknowledge traditional owners of the land on which the ICC stands, and to creating opportunities to increase understanding and appreciation of First Nations cultures.”

The artwork, titled Gadigal, Acknowledgement Respect, depicts various flora, shells and animals of significance around the harbour foreshore including the whale, a totem of the Gadigal clan.

ICC Sydney CEO Geoff Donaghy said the milestone follows a two-year journey since the venue’s opening to increase recognition of Indigenous heritage and culture across the business.

“We are proud of the progress we have made to promote opportunities for First Nations communities across the business since opening and are committed to building on this,” he said.

“Some of the highlights for us have included pre-employment programs for hospitality students with Eora College, engaging with Metropolitan Local Aboriginal Land Council to connect events with Welcome to Country and other cultural services and now, celebrating the captivating artwork by Jeffrey Samuels to signify to our visitors that they’re on Gadigal land.”

Under the RAP, ICC Sydney endeavours to: