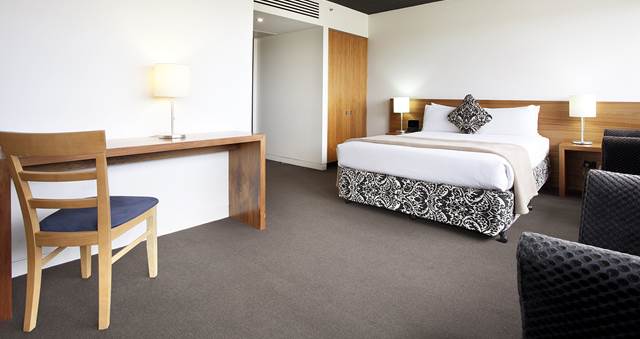 The 90 room, eight floor hotel is a four star property located around the corner from the Queen Victoria Markets.

All guests have access to complementary WiFi, pool/gym access at the Melbourne City Baths, as well as 24 hour room service.

The hotel site was the original Y.W.C.A Headquarters of Victoria in the 80s – but was redeveloped into Jasper Hotel in early 2000. The 2014 refurbishment – designed by architect David Lee, who worked on Melbourne landmark, The Eureka Tower – will see Jasper Hotel hopefully promoted to a four and a half star hotel by mid-2015.