Dreamworld Corroboree, launching in December this year, will be an interactive walk-through experience celebrating Aboriginal and Torres Strait Islander culture, wildlife and stories. 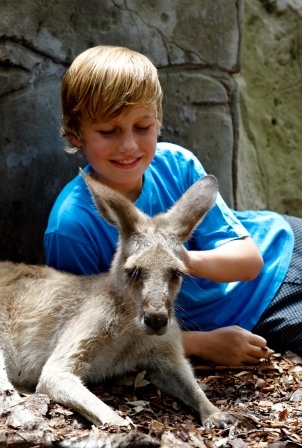 In July last year, Dreamworld was awarded an Australian Government grant to work with community locals to build an Indigenous tourism experience. The resulting project, Dreamworld Corroboree, will immerse visitors in Australia’s Indigenous world with an interactive presentation featuring live performance mixed with a short-film, ‘Creation of the Gold Coast’ – the local Yugambeh people’s story.

Hudson said, “I am working with the local Yugambeh language people of the Gold Coast to script a story for the local performers, which will make up the audio-visual component of the project.

“Woven into the experiences will be a cross-section of culture and legendary stories including Mabo, Dreamtime, men and women’s business, the Tasmanian Devil, the Kimberleys and even the Far North.”