Citigate Central Sydney has rebranded to Novotel Sydney Central as it undertakes a major refurbishment while the surrounding suburb of Haymarket is in the midst of one of the most progressive urban renewal plans the city has ever seen. 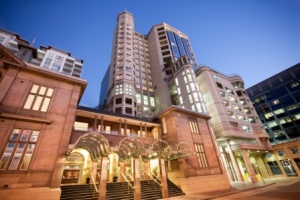 Novotel Sydney Central is in the heart of all the action and is set to thrive under its new internationally revered banner.

Coined the Goods Line and operated by the Sydney Harbour Foreshore Authority, a 500-metre stretch of disused railway track will link Ultimo and Haymarket to Darling Harbour and the public space will be replete with greenery, bicycle tracks and seating areas. Guests of Novotel Sydney Central will be in a prime position to soak up the atmosphere and access to Sydney CBD will be simplified.

“The rebrand from Citigate to Novotel comes at a great time for the hotel and the regeneration of Haymarket will help to bring with it even greater opportunities, said general manager for Novotel Sydney Central, Danesh Bamji.

“For a long time Haymarket has been seen as a transient suburb and often overshadowed by Darling Harbour and Chinatown, however with the public works that are currently underway, Haymarket is going to become one of the city’s most exciting precincts, surrounded by cutting edge architecture, exciting new restaurant and retail areas. While the precinct is very much focused on the future there is still plenty of history to discover, with Paddy’s Market and Chinatown on the Novotel’s doorstep.

“The Novotel boasts its own heritage listed building, the Field House, which we use as our restaurant, and it gives the hotel genuine character that we will respect during the refurbishment of the hotel’s rooms and public areas.”

With 14-purpose built function rooms which can host up to 400 people, the newly rebranded Novotel Sydney Central is set to benefit considerably from the change in landscape and upgrade of its facilities, while guests will be at the forefront of all the action.

The hotel’s Field House Restaurant, named after Thomas and Herbert Field, two brothers who emigrated to Australia in 1885 and set up an Outdoor Relief and Stores Department which gave assistance to needy citizens of Sydney during the Great Depression, has been beautifully restored and with its heritage listed status provides old world charm and traditional style amongst a bustling inner-city high rise hotel.

After being awarded ‘One Glass Rating’ for its wine list in the Australian Wine List of the Year Awards in 2012, Field House has never been busier. The hotel is one of only a handful of hotels to achieve a Glass rating and the only 4-star property to be recognised in Australia.

With 255 guestrooms, the hotel will renovate all of the guest bathrooms and upgrade room furnishings and the lobby and part of the historic Field House Restaurant will receive a makeover. In-keeping with Novotel’s family-friendly mantra, a dedicated children’s play area will be set up to the right of the lobby, and three Apple Mac computer stations will be installed.