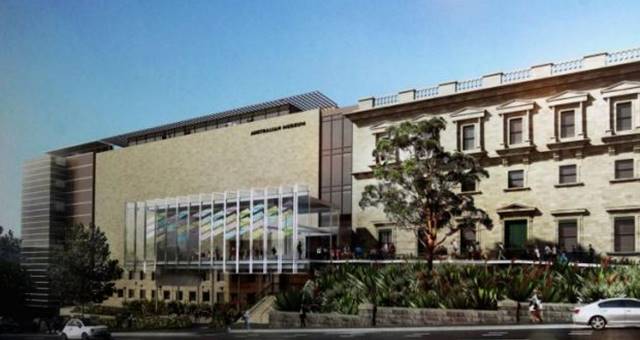 Artist impression of the extended building

Australian Museum CEO Kim McKay said that it aims to become ‘the best museum in the southern hemisphere’ and will put ‘millions of previously unseen treasures on display’.

A master plan that proposes tripling the museum’s public floor space, including the addition of a new wing, was submitted to the state government on Friday.

The museum hopes to hold an international competition to select the architects next year. If Cabinet agrees to the proposal, the $285 million cost will be raised from government and philanthropists.

The master plan, called ‘burrabuwari muru’ meaning ‘future path’ in Sydney’s Indigenous language, Gadigal, also incorporates a new Indigenous and Pacific cultural centre for academic research, increased educational and community facilities including spaces for students to study science, technology, engineering and mathematics, new labs to expand the work of the Australian Centre for Wildlife Genomics, and collection spaces that will be open to the public.