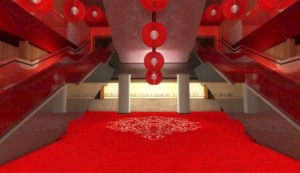 Work will commence in early September on the redevelopment of the theatre which will result in capacity more than doubling to accommodate 2000 seated or 2300 general admission guests.

Jupiters managing director Frederic Luvisutto said the redevelopment of the theatre was the first step in an exciting investment program that would deliver three world-class entertainment destinations on the Gold Coast, Brisbane and Townsville and boost tourism.

“Redevelopment of the Jupiters Theatre means that we will attract bigger, national and international shows to the property, improving the entertainment experience for our customers,” Frederic said.

“Recent appearances by international acts Rihanna and Snoop Dogg gave us a sneak peak at the level of entertainer we are able to bring to the Gold Coast.”

Frederic said an exciting line-up of performers had already been approached and negotiations were underway to bring them to the Gold Coast.
“We are excited to announce that we have this week booked rock icon Rod Stewart to perform at the Gold Coast Convention and Exhibition Centre in February next year,” he said.

“Rod Stewart is the first of many high-calibre acts we plan to bring to the Gold Coast over the next 12 months and beyond.” 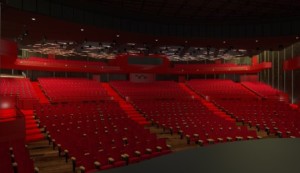 Capacity is expected to be more then double to accommodate 2000 seated or 2300 general admission guests.

Frederic said the investment in Jupiters would make the casino an integral part of the Gold Coast brand and drive national and international tourism to the Gold Coast.

“The Queensland investment follows the redevelopment of The Star in Sydney and together, these investments will make the casinos an attractive growth business,” Mullin said.