Advertisement
The group was treated to one of the biggest firework shows on the Sydney Harbour. 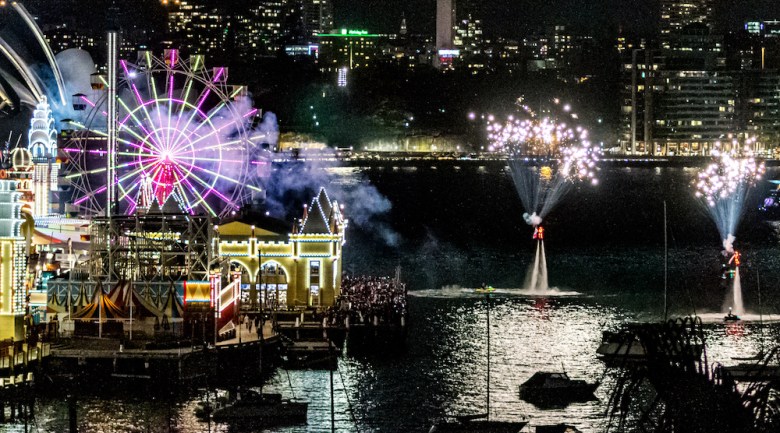 Originally published on December 3, 2019: A group of 1700 financial professionals took over an iconic Sydney venue and experienced a spectacular harbourside firework show during an off-site dinner produced by Funktionality Events and Experiences.

Here, the team at Funktionality share the ins and outs of producing such a large-scale event:

WHAT: Million Dollar Round Table offsite dinner for AIA Insurance
WHERE: Luna Park Sydney
WHEN: 2 September 2019
WHO: 1700 financial professionals

What was the event?

The Million Dollar Round Table Global Conference, a gathering of thousands of insurance and financial professionals from around the world, was held at the International Convention Centre Sydney in 2019.

As the conference wrapped up, a number of events were rolling out across Sydney, one of them being an offsite dinner for AIA Insurance, which included some 1700 delegates.

Funktionality was contracted by Onstage Hong Kong to manage and work alongside them on the logistics, audio-visual, firework and jetpack harbour show and overall event management for the AIA Insurance dinner. 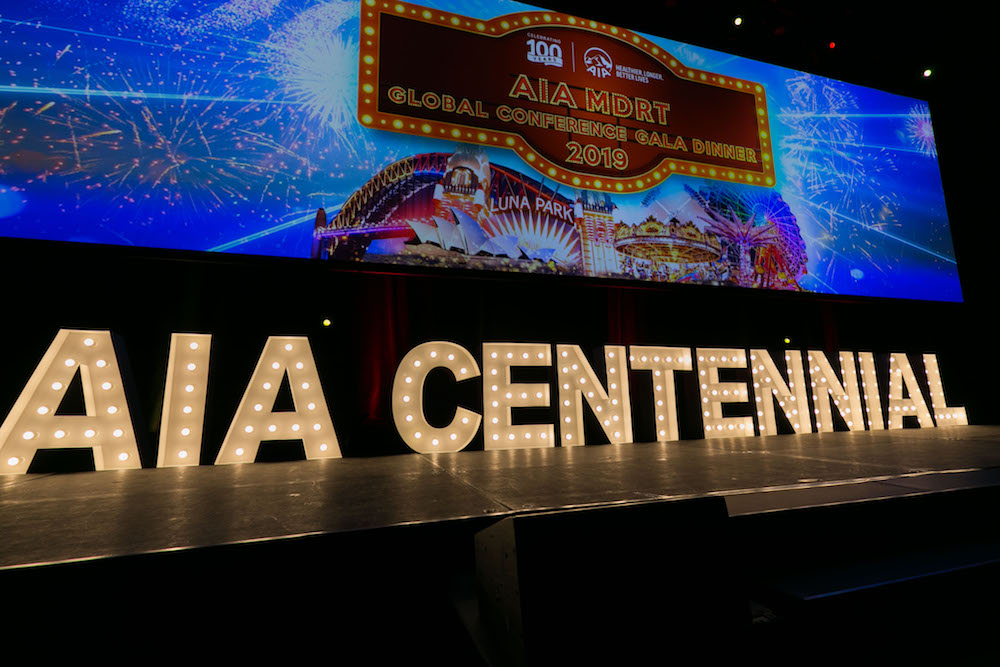 What were the biggest challenges and how were they overcome?

The first challenge of the event was the logistics of getting 1700 people from ICC Sydney to Luna Park. Eleven low boats (which had to be small enough to fit under the Harbour Bridge) and buses were organised to transport the delegates.

We overcame this logistical challenge by positioning event assistants throughout various venues and key places at ICC Sydney with clear signage and uniforms. Event assistants were positioned from the centre all the way down to the bus terminal and marina.

The second was organising one of the biggest jetpack/jetski and firework shows on Sydney Harbour. Working on the harbour posed its own, unpredictable challenges like having to work around the ferries coming into the harbor every 15 minutes and working in choppy, windy conditions.

As everything had to be planned down to the minute, there also couldn’t be any delays from the delegate dinner/award ceremony. We overcame this challenge through meticulous planning and close liaison with all internal and external stakeholders.

As our client didn’t want anyone missing out on the show, we had the action-packed spectacular as close to the boardwalk as possible, just 90 metres away. However, as there were so many guests attending, to ensure the best viewing possible the boardwalk was opened up further than normal so guests weren’t all packed into one small area.

All event managers from Funktionality and the team and security from Luna Park were on the boardwalk to ensure the safety of all guests. The man power for this one event was enormous – from event staff, security to the AV team (there were approximately 200 staff on the night), there were large teams throughout the park organising and delegating the various tasks. 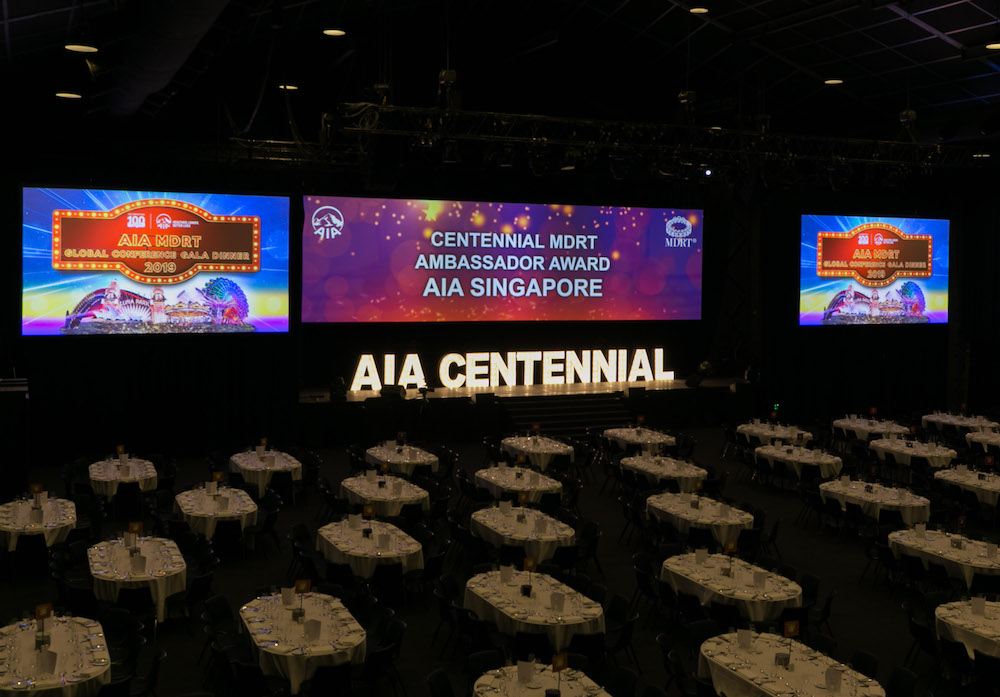 What logistic challenges did you face dealing with such a large crowd and a public venue?

Having a venue hired out exclusively for an event is the dream scenario. Luna Park was still open to the public until 4pm, so the various teams and the event managers had to work around the public to set up.

During the months leading up to the event, Funktionality worked to overcome the logistics of moving a large number of people to the right place at the right time.

Event assistants and managers managed the large crowd of delegates with more signage throughout the park. This signage identified which room particular delegates needed to be in and where they were seated. The delegates were split up into smaller groups to make the process safer and more efficient.

Everyone, from guests to staff members, had to be accredited during the event – guests were given wristbands to identify themselves and staff lanyards. 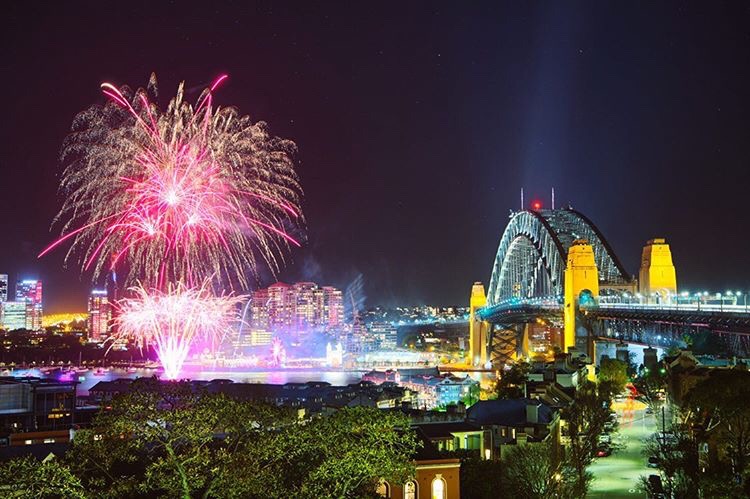 How did Funktionality work alongside Jet Pack for the event?

The two companies worked together to ensure the safety of guests and anyone else in the general area. This was achieved through detailed run sheets, rehearsals on the day and keeping communications open with the client by keeping them updated and informed throughout the day.

Speaking on the firework performance, Jetpack said the 14-minute performance made the event one to remember.

“Jetskis are normally banned on the Sydney Harbourand Jetpacks are banned in NSW, but Jetpack Entertainment have worked many of these events and worked with RMS, water police, ferries, Luna Park and even Sydney Airport to make the show possible.”