Advertisement
Hundreds of exhibitors and visitors to Melbourne's Event Showcase: RSVP 2011exchanged knowledge, smiles and business cards as the show closed for day 2

Hundreds of exhibitors and visitors to Melbourne’s Event Showcase: RSVP 2011 exchanged knowledge, smiles and business cards at the Royal Exhibition Building as the show closed for day 2 last Thursday.

The show, which attracted over 1,700 event planners from around Victoria, is the annual platform allowing event professionals to do business, form collaborations and connect with like-minded industry colleagues. 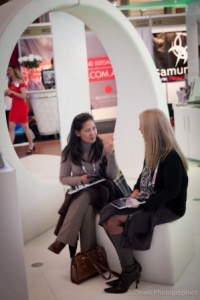 The show attracted over 1,700 event organisers over 2 days
All images courtesy of Oneill Photographics


One of the popular attractions within the show was the Event Master Class Sessions, which shed light on topics such as event marketing, VIP events and budgeting.

While educational seminars were conducted in an intimate conference room, the exhibition hall was filled with vibrant and busy exhibits, roving entertainment and a variety of presentations switching between the Central Showcase and the Entertainment Showcase stages. 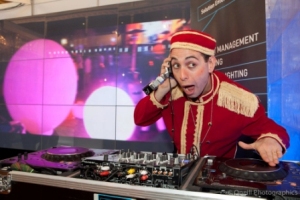 “It is a mutually beneficial environment. Because we are all here for the same reason, the focus on doing business and making new connections is ten times stronger than in your usual work environment,” said Shane O’Neill, owner of Oneill Photographics and official show photographer.

“This was the first time we exhibited in Melbourne,” said  Melbourne Marriott’s business development executive Nermina Sejranovic . “We’re very happy with the quality of leads we collected. Being a trade show rather than a consumer show, the amount of people we spoke to wasn’t huge, but the people were way more serious about booking our facilities for their events,” said Sejranovic. 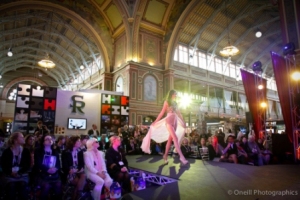 Day two also saw a fashion parade held on the show floor where visitors gathered, champagne in hand for a glimpse at the lastest designs courtesy of Melbourne designers from the Australian Academy of Design.

The best large and small stands and the best new product were recognised during the show with SPICE Awards. Winners were:

As this year’s show has wrapped up, mark your diary for next year’s Melbourne’s Event Showcase: RSVP 2012 on 27-28 June 2012. Sydneysiders still have the chance to gather at Sydney’s Event Showcase on 10-11 August 2011 at the Sydney Convention and Exhibition Centre, co-located with the Australian Business Events Expo.