Advertisement
EEAA’s Chief Executive, Joyce DiMascio, is one of 16 senior business women invited to be ambassadors in a new Heart Foundation and Australian Chamber of Commerce and Industry campaign. 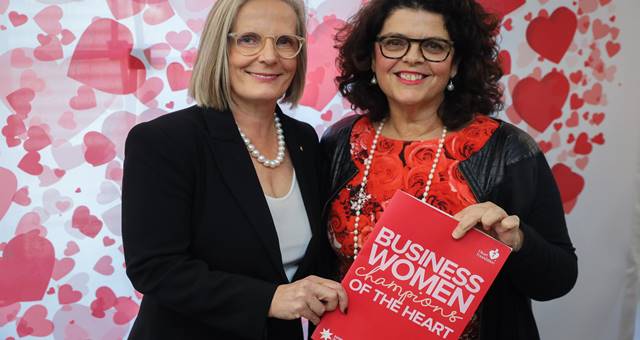 EEAA’s Chief Executive, Joyce DiMascio, is one of 16 senior business women invited to be ambassadors in a new Heart Foundation and Australian Chamber of Commerce and Industry campaign.

“Business Women Champions of the Heart” was launched this week by Lucy Turnbull. The campaign aims to put women’s heart health in focus through the business community using the extended network of its newly appointed advocates.

Ms DiMascio said she believed, along with many women working in the business events sector, that the message about heart health was critical for the industry given the alarming statistic that 22 women die each week from heart disease.

“Women often prioritise others over themselves, which is why it is important to focus on women’s heart health. This campaign will give more women a chance of survival with increased awareness of symptoms and prevention.

“Heart disease in women is also a male issue – it’s something that the whole community should be concerned about. The Heart Foundation needs our support in spreading the message about this campaign.” 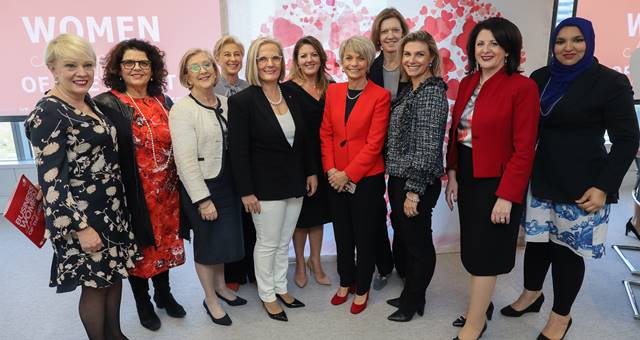 The campaign was launched by leading businesswoman, urbanist and philanthropist Lucy Turnbull AO.

“The stereotype continues to persist that heart attacks and heart disease are male issues, but the numbers tell a different story. In Australia, 22 Australian women will die from heart disease each day, killing almost three times as many women as breast cancer,” Ms Turnbull said.

James Pearson, Chief Executive Officer of the Australian Chamber of Commerce and Industry, said he was taken aback to learn that 46,000 Australian women were hospitalised due to heart disease each year.

“The Australian Chamber looks forward to initiating further ambassador opportunities for our female leaders, so we can continue to support the Heart Foundation in this vital work,” Mr Pearson said.

“Awareness is a key aspect of prevention. This is why this campaign is essential. It puts women in the forefront to spread a message on heart disease, which is commonly overlooked and ignored,” Ms DiMascio added.

“Many women have never discussed heart disease with their doctor, this has to change. Heart disease affects everyone and many women are missing key symptoms due to ignorance.”

The Australian Chamber of Industry stated that symptoms may include pain in the jaw, back or neck. They can also have shortness of breath, nausea, vomiting and cold sweats, overwhelming fatigue or anxiety, lethargy and loss of appetite.