Advertisement
World aeronautics experts have converged on Brisbane this week for the 28th Congress of the International Council of the Aeronautical Sciences 2012.

World aeronautics experts have converged on Brisbane this week for the 28th Congress of the International Council of the Aeronautical Sciences (ICAS) 2012.

The five day biennial Congress, being held at the Brisbane Convention & Exhibition Centre (BCEC), brought together representatives of the international aerospace community from 40 different countries. 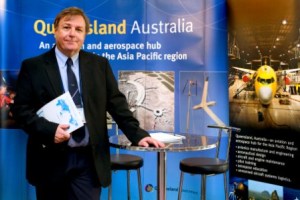 The Congress includes discussion and debate on advances in aeronautical research, recent developments in the world aerospace industry and the future of air transport and its impact on countries and cities such as Australia and Brisbane.

“To have ICAS 2012 here in Brisbane, Queensland, recognises Australia’s position as an important player on the global aerospace stage,” said Cam Macphee who is also a BCEC Convention Advocate.

With Australia recognised as having a well established and state of the art aerospace and aviation industry and Brisbane as a significant aviation hub, delegate numbers to the conference have exceeded expectation with just under 1,000 aeronautical experts, engineers, researchers and aviation authorities registered for the Congress.

Co hosted by the Australian Division of the Royal Aeronautical Society and Engineers Australia, the ICAS 20912 event will concentrate on subjects including international collaboration in the aerospace industry to the future of hypersonic flight and Australia’s role in both.

The Congress provides a unique global forum for debate and the exchange of ideas relevant to key issues affecting the aeronautical industry.

Discussion will also focus on the economic challenges facing the aerospace industry including the design of more cost effective and environmentally friendly aircraft at a time when research budgets are shrinking and costs increasing.

Other agenda items sure to create widespread interest and debate are the impact of weather, climate and recent international volcanic activity and the effect of aircraft emissions on the environment.

“We have a very strong scientific focus at the Centre and events of this calibre help bring to the attention of the world Brisbane’s industry strengths as well as encouraging collaboration between some of the world’s leading thinkers, experts and innovators.”