The announcement comes only a fortnight after former CEO Tony Mayell returned to Alice Springs to pursue personal and career goals. 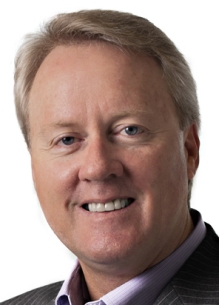 Hunt said “The Tourism Tasmania Board has moved quickly to ensure this key role was filled as soon as possible.

“We had already approved a number of major projects and initiatives for the coming year to focus Tourism Tasmania’s efforts and achieve the maximum return on investment from its available resources.

“Our strategy had been set and we now needed a new CEO with the necessary experience and skills to continue taking the organisation along this journey, as well as the local tourism industry.

“Mr Fitzgerald brings a wealth of experience through his thirteen-year career in senior management in the country’s tourism industry. Under his leadership of Tourism NT, he delivered the first positive growth for domestic tourism to the Territory in 4 years.

“The current tourism and travel environment continues to be very challenging, especially for regional destinations, and John’s experience will help us to deliver our domestic and international marketing strategies, and build our industry capability.

Fitzgerald said that Tasmania has had some real ‘game-changers’ in recent years, building on its already strong profile experiences such as its walks, food and wine, heritage, culture and the arts, golf and World-Heritage listed assets.