Advertisement
Tourism Western Australia has annouced this week that Stephanie Buckland has been appointed as the new CEO while in the same week the Perth Convention Bureau has announced the resignation of Christine Allan as managing driector after a decade in the role.

Tourism Western Australia has annouced this week that Stephanie Buckland has been appointed as the new CEO while in the same week the Perth Convention Bureau has announced the resignation of Christine Allan as managing driector after a decade in the role.

Buckland has been acting in the role since January last year.

Tourism Western Australia’s board chairman Kate Lamont has said Buckland had done an outstanding job as the acting CEO, overseeing a significant agency restructure, whilst at the same time implementing a range of new initiatives that had advanced tourism in WA.

“She developed our new brand, ‘Experience Extraordinary Western Australia’, which showcases the unique experiences WA has to offer which can’t be found anywhere else in Australia or the world,” she said.

“Stephanie also brought the new brand to life with the very successful ‘Extraordinary Taxi Ride’ campaign, which reached a global audience of 90 million people and generated a $13 to $1 return on investment.”

In addition, Buckland negotiated a significant three-year cooperative marketing agreement with Jetstar, which is linked to a 60 per cent increase in passenger capacity into Perth from Sydney, Melbourne, Brisbane and the Gold Coast. Buckland was formerly the executive director of marketing at Tourism WA, after joining the agency from Bankwest, where she was head of marketing. 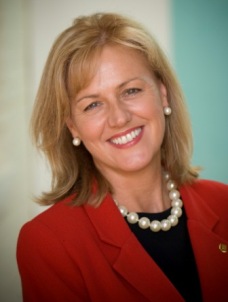 Additionally announced this week, Christine Allen has resigned as managing director of the Perth Convention Bureau.

Announcing her decision yesterday, (20 April) PCB Chairman Ian Laurance said  Allen had tendered her resignation for personal reasons but would continue in the role until the end of the financial year.

“Christine is reluctantly stepping down as managing director because of changes in her personal circumstances,” Laurance said. “Her departure will be a great loss to the Bureau and to the business tourism industry in Western Australia.”

“Last year PCB achieved its best year on record, securing convention and incentive travel business worth more than $93 million to the Western Australian economy. This was a wonderful achievement and a testament to her outstanding and innovative leadership,” he added.

During her time as managing director Allen had guided the PCB through a significant transformation. This had included a substantial increase in both State Government and industry funding, the creation of a ‘business events’ brand for Western Australia, and the development of a business model that was underpinning the Bureau’s increasing sales success.

Allen joined the PCB in October 2001 as accountant and company secretary and held the position of general manager for two years prior to her appointment as managing director in September 2008.

“The last 10 years with the Bureau have been the highlight of my working life so my resignation is tendered with much sadness but also with a great deal of pride. I am proud and honoured to have been part of such a dynamic and innovative organisation.

“Business tourism is the shining star of all the tourism sectors in Australia at the moment and it is extremely satisfying to have been a part of that success story,” she said.

Laurance said the Board would be looking for a replacement who could bring “a similar level of commitment, passion and business acumen to the Managing Director’s role”.