Advertisement
This year's Sydney Festival has, for the first time ever, created a custom built Cider Bar, sponsored by Rekorderlig Cider.

This year’s Sydney Festival has, for the first time ever, created a custom built Cider Bar, sponsored by Rekorderlig Cider. 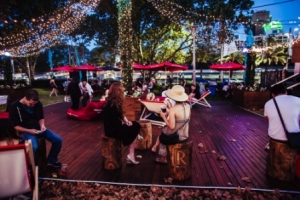 The Honda Festival Garden in Hyde Park is a Sydney summer highlight, a welcoming oasis for a drink after work and the perfect setting to enjoy a balmy night filled with theatrical and musical delights.

Set amongst Hyde Park’s beautiful landscape the Rekorderlig Cider Bar will be the ultimate location to relax, sample the innovative flavours, enjoy the live music and soak in the atmosphere of the festival. Boasting fun, exciting and engaging activities, the bar will be decorated in Rekorderlig’s vibrant and colorful ‘Beautifully Swedish’ campaign branding. 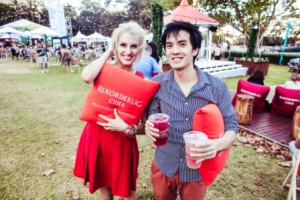 With a wide range of activities and shows on offer at the Honda Festival Garden throughout January, such as Cantina, Darkside and Hot Dub Time Machine, the Rekorderlig Cider Bar offers a perfect way to begin the evening, enjoying a refreshing drink on a hot summer’s eve.