Advertisement
Guests were treated to a night full of entertainment, including a surprise performance by The Veronicas. 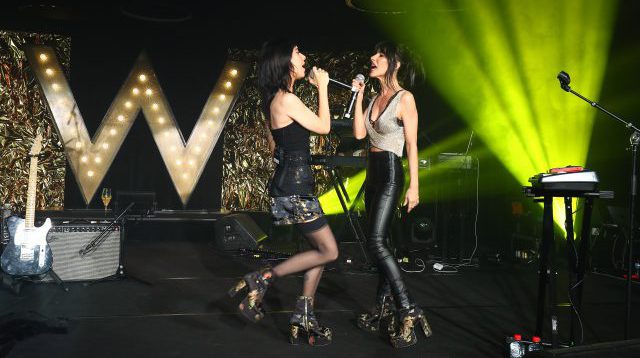 The Veronicas take the stage at W Brisbane's premiere party.

W Brisbane rolled out the black carpet on Thursday night (6 September) to welcome more than 800 guests for the five-star hotel’s official premiere party.

The event, themed ‘All that glitters is golden’ was attended by local and international guests, including media, influencers and local celebrities.

W Brisbane was closed to the public for the party, with the hotel’s 312 stylish guestrooms and suites booked exclusively for the partygoers.

The night kicked off on level three of the 34-storey property where guests made their way around various food stations, all provided by the hotel’s restaurant Three Blue Ducks.

Roaming performers dressed in outlandish costumes entertained guests before guests made their way to the Great Room for the main act of the night, pop duo The Veronicas.

The LA-based singers performed a half-hour set of their top hits, telling the audience they were excited to be performing in their home city for the first time in four years.

Brisbane band Confidence Man then entertained guests before the party moved to the WET Deck on level four where a DJ played until late. More food and drinks were on offer, including mini burgers, barbecue prawns and mojitos.

VIP guests were later treated to an exclusive and intimate performance by The Veronicas in the Extreme-WOW suite on level 33.

W Brisbane, part of Marriott International, opened its doors to guests on 1 June this year, marking the luxury brand’s return to Australia. W Hotels currently have two more Australian properties under construction, in Sydney and Melbourne.