Entries for the 2012 Australian Event Awards will close on July 23rd so there’s just over a week to get your entries in and give yourself the opportunity to shine at the industry Night of Nights in Sydney in September.

The eleven ‘Best Event’ Categories attracts competition from around the country as organizations ranging from community groups to professional event managers battle it out on the basis of meeting stakeholder needs, best practice techniques and innovation. 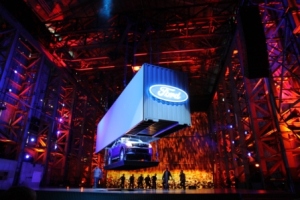 Join the Ranks of the Best – Ford Ranger Launch by Imagination, winner of Best Corporate Event 2011

“We’ve spent the last four years refining the entry process to make the application itself simpler and to make sure the competition is fair” said, managing director, Ian Steigrad.

“The judges have set down a stringent set of published criteria for each category. Two judges independently go through each entry with a fine took comb and and they actually take the time to put a score against each criterion and provide feedback to the entrant. This means that the Event Awards aren’t about who puts in the glossiest entry or who stages the biggest events – they’re genuinely awarded to great work and impact regardless of budget.”

Of course, aside from the Best Event Categories, there are nine Achievement Awards including Best Technical Achievement or Innovation, Best Achievement in Sustainability, Best Catering, Best Export and Best Venue.

“The achievement awards follow the same judging process – organizations that become finalists in these categories can truly say that they are at the top of their game – and they can use our logo and the authority of the industry judging panel to say it” said Steigrad.

“The judges pay particular attention to these ones” says co-chair of the industry judging panel and former Olympic Chief, Sandy Hollway.

“It’s fair to say that the judges feel a special responsibility in relation to the headline categories to ensure that we choose examples of the excellent work that is now required to keep Australia at the forefront of the global events industry in an increasingly competitive environment. The people who win headline awards should be regarded as the cornerstone of Australian Events on the international stage”

In a new move in 2012, the judges have endorsed an experimental audience vote for the “Entertainer of the Year’. The judges will choose the finalists and they will be invited to perform at the awards ceremony (either live or by video) and the audience will select the winner.

Watch the likes of 2011 finalists Darren Percival, Soul Mystique, The Leading Men and Brad Blaze battle it out live and this year even have your say with an audience-vote for the winner.

Entries close on July 23rd 2012. Finalists will be announced on August 20th.

The 2012 Australian Event Awards is the national awards program to reward innovation, recognise excellence and unite the Australian Events Industry. Entries are open to any event staged between July 1, 2011 and June 30, 2012.

Check out videos from the 2011 Night of Nights on YouTube by clicking here.