Advertisement
The event tech company brought the outdoors in for the recent Queensland Hotels Association Awards. 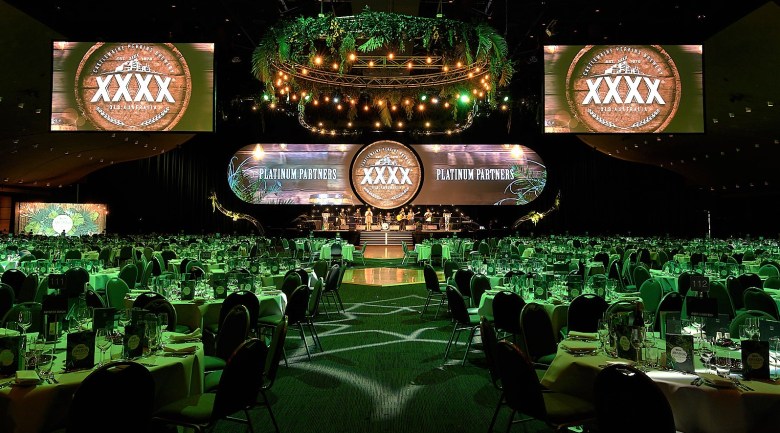 Encore Event Technologies was recently tasked with transforming a ballroom into a summer beer garden for the 2018 Queensland Hotels Association (QHA) Awards for Excellence.

Encore was engaged to create the atmosphere of a sun-soaked, Queensland beer garden, which was achieved through an impressive custom stage set, engaging digital services and creative styling.

Guests were welcomed by lush turf which ran underneath a traditional timber arbour dressed in Edison bulb drops and greenery.

With the stage being the focal point for the awards, Encore created a unique custom set which included a 5.7-metre projection circle, along with two rounded projection screens on either side.

The full projection surface spanned more than 26 metres, while 6-metre delay screens positioned in the back half of the room ensured full-room coverage.

Event manager Stacey Buckley says having worked on the awards for many years, the challenge is always how to outdo the previous year’s event.

“Our client had a clear vision for this year’s awards and I’m proud to say our team exceeded their expectations,” she says.

Two winding, foliage trusses framed either side of the stage while curved circular trusses covered with foliage and festoon lighting hung over the stage and dance floor.

This was pre-programmed the week before the event by head of production Andrew Priddle and technical director Tim Stewart.