Advertisement
Featuring more than 200 events, this year's program promises the 'biggest, brightest and most brilliant line-up ever.' 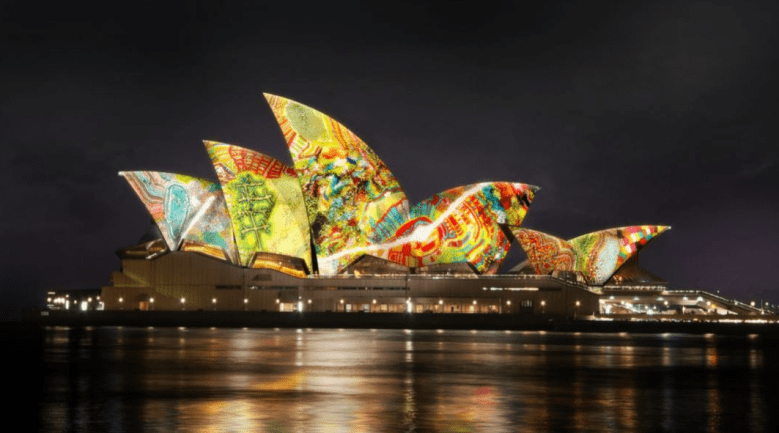 Vivid Sydney will make its highly anticipated return to the Harbour City from Friday 27 May to Saturday 18 June, with a program that promises the ‘biggest, brightest and most brilliant line-up ever.’

Featuring more than 200 events, the Vivid Sydney 2022 program will celebrate Sydney’s diversity, beauty, resilience, First Nations culture, and vibrant creative community as it illuminates the city in an array of light and colour over 23 nights.

This year also marks the festival’s 12th anniversary, which Minister for Enterprise, Investment and Trade, Minister for Tourism and Sport and Minister for Western Sydney Stuart Ayres said will see a more brilliant line-up than ever before.

This year will see 11 Sydney locations ignite, two of which are new, in a mesmerising kaleidoscope of light artworks, art displays, 3D light projections, uplifting live music performances and thought-provoking discussions from the world’s brightest minds.

There will also be a number of festival firsts, including the longest ever continuous Light Walk which will stretch eight kilometres all the way from the Sydney Opera House to Central Station, and the Vivid Sydney Dinner and Vivid Sydney Supper Club.

“Vivid Sydney 2022 is an open invitation for Sydneysiders and visitors from Australia and the world, to come and experience Sydney at its creative best after dark. The 2022 festival has been two years in the making and is not to be missed.”

The festival was last held in 2019 and attracted a record 2.4 million attendees and delivered $172 million in visitor expenditure to the NSW economy.