Advertisement
Customer and industry feedback on British Airways' network changes to Australian routes has been positive according to the airline's Regional Commercial Manager Neil Ager.

Customer and industry feedback on British Airways’ network changes to Australian routes has been positive according to the airline’s Regional Commercial Manager Neil Ager. 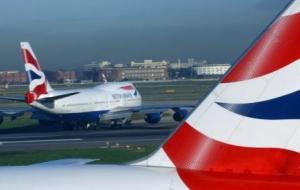 Speaking exclusively to SpiceNews on camera at the airline’s Sydney Airport offices, Ager said changes – which includes British Airways upgrading to a B747-400 on the Sydney-Singapore-London route, but pulling out of Bangkok-Sydney in favour of a codeshare with Qantas – had been well received and the airline was now looking forward to again focusing on the onboard product offering, including the ongoing roll-out of the new First Class cabin across the fleet.

As part of the agreement with Qantas, the flying Kangaroo will stop flying from Bangkok and Hong Kong to London in favour of codesharing with British Airways on those routes.

Ager said the connecting times at Bangkok, Hong Kong and Singapore were optimised for onwards travel to the United Kingdom and was confident the feedback would continue to be positive from both the industry and guests alike.