Conventions and Incentives New Zealand (CINZ) is hopeful now the Auditor General has given the deal between the government and SkyCity the green light, planning and construction of the convention centre can finally begin. 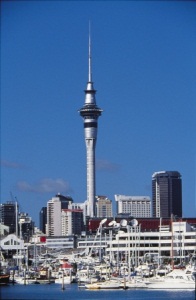 “We need to get on and build it as the delays have been too long,’’ says CINZ chief executive Alan Trotter.

“The sooner the deal is consummated the better as New Zealand desperately needs to go to the next level in terms of new infrastructure.’’

Add a new international convention centre in Auckland into the mix and Trotter says it will open up a world of new possibilities for the business tourism industry.

“It will give us the ability to tap into markets we’ve been shut out of in the past because we simply haven’t had venues big enough to cater to their needs,’’ Trotter says.

“I can’t over-emphasise how important it is that we put this politicking behind us and get on with the job of building an international convention centre that will finally give us the capacity to compete in the big league.’’

It is estimated an international convention centre will boost New Zealand’s economy by more than $90 million a year.

The Tourism Industry Association New Zealand (TIA) has agreed, stating that the development of a national convention centre will create substantial economic benefits, both for the tourism industry and the wider New Zealand economy.

TIA is welcoming the expected resumption of negotiations between the government and SkyCity to develop a national convention centre, following the release of the report by the Office of the Auditor-General into the expressions of interest process.

“We look forward to participating in the process to develop a national convention centre,” TIA Chief Executive Martin Snedden says.

“The latest visitor expenditure figures released today, showing a 6% decrease in spending by international visitors since 2011, only reinforce the need for a national convention centre.”

It is estimated a national convention centre will boost New Zealand’s economy by more than NZ$90 million a year. It is expected to create 1000 jobs during construction and another 800 positions when it is operational.

It will also support many more jobs across the economy, including in the accommodation, catering, transport and retail sectors.

“Development of a world-class convention centre will not only create a major new market for our tourism industry, it will contribute significantly to New Zealand’s economic recovery,”  Snedden says.

“We have been losing conventions to other destinations, particularly Australia, because we don’t have an international-scale convention centre. Development of such a facility willenable the industry to target a whole new market that can’t be accommodated by existing conference facilities,” Snedden says.

“While we acknowledge that there are genuine concerns about issues related to gambling, we are confident that the legislative process will provide an opportunity for a thorough examination of the issues.”