Advertisement
Japan Airlines (JAL) is set to become the latest international carrier to offer premium economy on flights to and from Australia on December 1.

Japan Airlines (JAL) is set to become the latest international carrier to offer premium economy on flights to and from Australia on December 1. 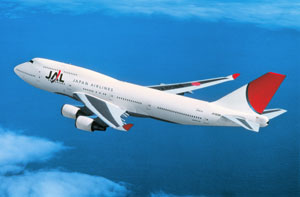 The move from JAL follows the global success of the cabin for several major airlines servicing the region – including Air New Zealand, British Airways, Qantas, V Australia and Virgin Atlantic – and is expected to provide a major windfall for the Tokyo-based airline.

JAL will offer its brand-new sky shell seat in the additional cabin, the world’s first shell-shaped seat in premium economy, and will be available on the airline’s daily Boeing 777-200ER service between Sydney and Tokyo.

The seat features a 9-inch personal TV screen and offers 20 per cent more leg room, while the cabin includes additional food and beverage services not available in standard economy.

Before take-off, dedicated check-in lanes will be available in Sydney and Tokyo Narita airports, and an extra 10kg of luggage (30kg overall) is also on offer for premium economy passengers.