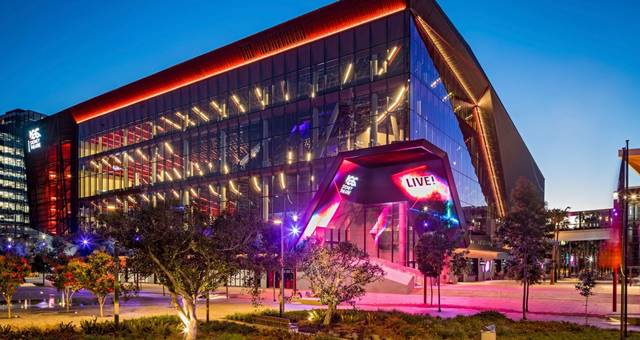 “In just over one year, ICC Sydney Theatre has hosted and attracted an outstanding calendar of events for a diverse audience, ranging from high-profile shows to international sporting events.

“Already, we are in discussions with a number of high profile Australian and international brands,” he said.

The Theatre is one of three significant, integrated inner city venues under the banner of ICC Sydney, which also comprises a convention centre, 35,000sqm of exhibition space, a 5,000sqm open air Event Deck and Australia’s largest purpose-built Grand Ballroom.

According to a Deloitte Access Economics study, delegates attending events at the venue generated A$785 million in direct expenditure for the State in its first year of operation.

“ICC Sydney is operated by AEG Ogden, which has an outstanding reputation and a proven track record in securing naming rights partnerships for venues across Australia, including the Qudos Bank Arena in Sydney and Suncorp Stadium in Brisbane. We are confident that together, we will find the right partner for our venue,” said Mr Donaghy.