Advertisement
Spice Magazine was once again pleased to announce the winners of this year's RSVP Sydney and Australian Business Event's Sydney stand awards on day two of the event.

Spice Magazine was once again pleased to announce the winners of this year’s RSVP Sydney and Australian Business Event’s Sydney stand awards on day two (July 23) of the event.

This year winning exhibitors on the Australian Business Events Expo side of the co-located show were as follows:

Best Large Stand (over 9 sqm) went to a joint venture between Melbourne’s The Atlantic Group V and Sydney’s Doltone House venues to officially launch their much talked about venue partnership. 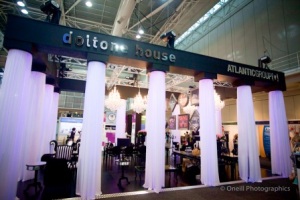 The stand, designed by Decorative Events, saw a constant influx of visitors throughout the day, all keen to find out more details on the unique partnership between the two operators. 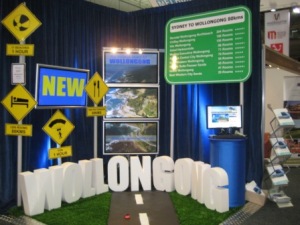 Best Small Stand was awarded to Wollongong Conference and Events

For RSVP Sydney, the winner continued to impress as the winning recipients were as follows:

Best Large Stand (over 9 sqm) was awarded to Decorative Events and Exhibitions for their very lush, very white Middle Eastern themed stand showcasing some of their finest wares for creative styling and hire. 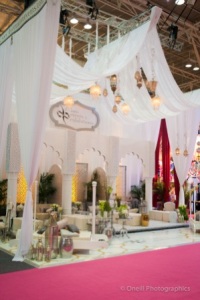 Best Small Stand was (9 sqm or less) was awarded to Southern Highlands Corporate Events (SHCE). The stand showcases a glittering black willow tree meant to represent the beauty of the highlands. SHCE managing director Carla Offord called the win “a real feather in our cap,” adding that “the response we received from visitors to our stand was amazing.”

SHCE worked with Bowral’s own, Styling by Coty Farquhar to design the stand. 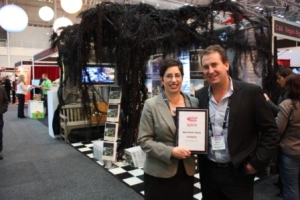 The final award, Best New Product at the Show was given to Backdrops Fantastic for a unique ‘Drive In Movie Theatre’ backdrop with live projections from the event that was used within the café area at RSVP Sydney. Stand judges watched many a visitor stop, star and turn around to figure out just where the ‘movie’ was coming from.